The company was founded by George Sidiropoulos and Iakovos Stamoulis with the vision to provide high performance and ultra-low power graphics semiconductor IP technology for the rapidly growing embedded display device market. With the exception of smartphones, the human machine interface remains very poor on everyday devices, with cost-effective Systems-on-Chips powering a variety of massive consumption products which are mainly cost and usability driven. Increasingly moving to a connected IoT/edge and wearable era means that display driven devices such as smart-/sports-/health watches, home appliances, automotive and industrial terminals require displays supported by high quality graphics. The main challenge in these new device applications is power consumption, specifically when the power budget is limited and the device is equipped with a limited battery. The company’s objective is to reduce power consumption while increasing battery life to make devices last longer without constantly searching for wall outlets or carrying heavy power banks.

Think Silicon’s flagship product family, the “NEMA®|GPU”, addresses that need by offering the only graphics solution for cost-effective Systems-on-Chips that allows fabless semiconductor technology companies to benefit from a tiny silicon footprint, low dynamic/leakage power, fast implementation cycle and rapid software development time which leads to significant cost savings. The company’s patented technologies deliver high quality graphics with a 10x improvement in power efficiency compared to any competitive GPU available on the market. Amongst other customers, in 2019 Think Silicon® secured umbrella contracts for the development and licensing of its NEMA® product family, with worldwide industry leaders such as STMicroelectronics. In addition to supporting its current customer base, Think Silicon® plans to release extended GPU and Display Controller IP for higher graphics performance segments, as well the release of machine learning IP technology for edge-applications, which leverages the company’s vast experience of diverse power saving techniques.

The funding will go towards solidification of the client base in the North America, APAC and Europe, strengthening the pre- and post-sales support along with the development of new innovative products. The company is expanding its engineering team in Greece with additional hires in IC Design and Software groups at the Patras and Athens sites.

“Think Silicon’s ambition is to become the leading low-power mobile graphics company and micro GPU supplier in the world. We are an integrative part and major contributor of the IoT paradigm with its vast opportunities. Power, performance and the graphical user interface (UI) all play a central role in the way humans are interacting and experiencing machines and devices. Our goal is to provide the chip design core that delivers the most positive interaction experience a human being can have. We’re excited to work with Metavallon VC to develop our technology and expand our products globally,” explained founder George Sidiropoulos.

“Currently, Think Silicon® is the only no-compromise graphics solution for cost sensitive and battery-powered products offering System on Chip optimized GPU and Display Controller cores. Think Silicon’s solutions uniquely enable cost sensitive products to have smartphone-like graphical user interfaces matched with gaming class graphics speed. As their technology comes to market, we are excited to be working with the company to expand their international client base, and build a world class client support center of excellence in Greece for high added value products, for the semiconductor industry. We are also eager to see Think Silicon’s further product lineup materialize in an industry that expects major changes in software/ hardware relationships as well as platform enabled solutions,” says Myrto Papathanou Partner of Metavallon VC.

“Think Silicon® team has a solid and long track record in delivering innovative solutions in SoC and software for ultra-low power graphics processing and edge computing. I am excited to participate in this first investment round and joining the advisory board, to support the company’s efforts of making sophisticate Graphical User Interface capabilities accessible to a broad base of smart devices designers”, says Christos Makiyama, President and Founder of Silicon Planet Corporation participating in the round and joining the company’s Advisory Board. 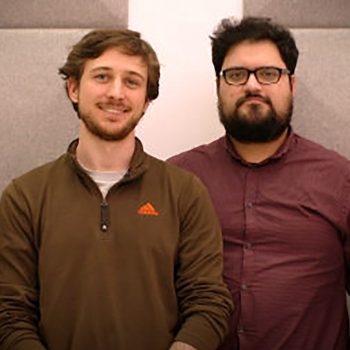 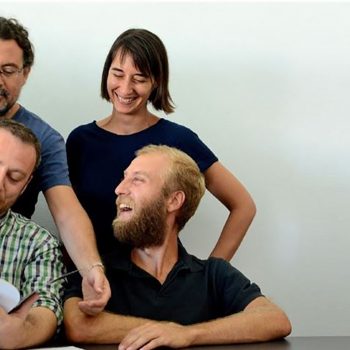