Earlier this month we announced the acquisition of Think Silicon®, an IP-licensing, semiconductor technology company by Applied Materials. The transaction is the largest ever deep tech exit in Greece. It marks a new era for the company, a major win for the startup and VC ecosystem in Greece and a validation of our strategy at Metavallon.

For the company, the acquisition marks a new beginning. Operating in the challenging semiconductors sector, with the complexity inherent  to hardware and long sales cycles, the company rallied in the last 12 months. It acquired new global top tier clients in N. America, Asia and Europe, expanded its product offering, pursued  new opportunities arising to serve the AI processing needs of emerging  Edge Computing and IoT applications, expanded its highly specialized team and has established itself as the go-to company for low power-high performance graphics for wearables globally. As an Applied Materials company it will be able to move three times as fast to expand. It will be able to hire faster highly qualified engineers in engineering, electronics, machine learning, design and system architecture at all levels, and expand its client base further and faster. Some positions have already opened. The acquisition also marks the end of another beginning – the founders’ entrepreneurial journey. A journey that began with an aim to create real deep tech, R&D-led innovation in an overlooked sector who has strong potential in Greece, and a long history in Patras. The team managed to get  through the Greek 10 year long crisis, despite limited financial and human resources, and flourished thanks to the founders’ perseverance. An inspiring one, that’s their story to tell.

For the country, this deal is a major win, positioning it on the radar of global conglomerates as a source of deep tech innovation. Greece proves its unparalleled engineering skills and ability to bring high-added-value solutions to the international market. Patras in particular, through both its strong University and previous local company acquisitions, is proving to be an hub of excellence in the electronics and semiconductors market. Often overlooked, local semiconductor and electronics companies have attracted international interest over the years, such as the acquisition of Helic by Ansys (2019), Antcor by u-blox (2014), ByteMobile by Citrix (2012) and Nanoradio by Samsung (2012).  Emerging Greek VC and angel  investors are rising to support local companies and entrepreneurs in setting ambitious targets, and working closely with them to achieve them.  At Metavallon, for example, we recently invested in Location as a Service company Loctio, founded by second time entrepreneur Lazaros Kapsias, who co-founded and exited with Antcor. The availability of capital is proving an excellent tool for companies to bring to the market cutting edge solutions developed through years of R&D and “productify” technology. Most importantly, the deal kicks off a virtuous cycle of innovation, investment, growth and exit to international acquirers, which will again lead to new startup creation, investment and growth. This is the growth cycle that every emerging ecosystem requires to mature.

Lastly, for Metavallon VC the deal marks the strongest possible validation of one of our major investment theses: that there is unprecedented value to be discovered in deep tech in Greece and that taking chances in strong teams can pay off. Our role as a seed stage VC is that of a stepping stone – we need to support companies before the full evidence of commercial success is there, push them to set ambitious targets and help them achieve their potential. We’ve done our part here; as always, somewhat bittersweet saying goodbye.

“So gather up your jackets, and move it to the exits” 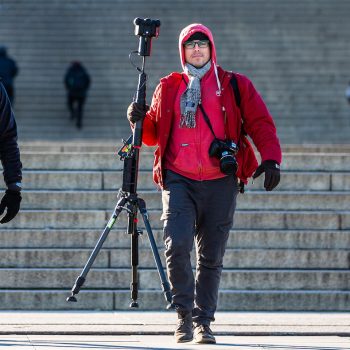 HERE'S HOW BETTER ORIGIN IS REINVENTING THE FOOD CHAIN 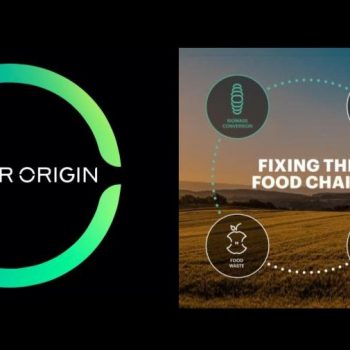